Australia is hosting the 2021 Disabled World Championships at Bridgewater, Vic in early 2022 (postponed due to COVID19).

Planning is well advanced with main items being:

Disabled Water Ski Australia hosted the 2017 World Disabled Water Skiing Championships at the Sport and Recreation Centre at Myuna Bay. This successful event commenced Monday 24th April and finished on Monday 1st May. Most teams also took advantage of the training on offer at the championships site from 17th April. There were 44 athletes from 10 counties competing at this World Championships.

During the above period, the 9 visiting countries plus the Australian team that entered to compete in this Championship, trained, familiarised themselves with the ski site and also did some sightseeing in and around Lake Macquarie, Newcastle and Sydney. Friendships were also formed amongst the skiers, support crew, families and officials.

After a hard-fought battle until the end, the Australian Team won the Gold Medal for the first time ever, and in their home country. The USA won the Silver Medal and Italy won Bronze Medal. One of the many highlights was the setting of two new World Records, both in jump. One by an Australian and the other by a Canadian.

The 44 athletes, their support crew, visiting families and officials came from USA, Italy, France, Canada, Sweden, South Korea, Brazil, Norway, Ireland and other states of Australia and were housed at the Myuna Bay Sport and Recreation Centre. There were 111 people housed at the Centre and about 65 people stayed within easy driving range such as Toronto and Wangi Wangi.

People stayed at Myuna Bay, or close by, for at least 5 nights, though most stayed for a period of 14 days with some of them continuing their stay in Australia after the event, to visit tourist destinations and do some sightseeing. This also included the Lake Macquarie area.

The Mayor, Kay Fraser, represented Lake Macquarie Council at our Welcome Night where she spoke and welcomed everyone to this event.

during the Championships and they were also acknowledged at the presentation night. The Lake Macquarie Council logo was also displayed on the 2017 World Disabled Water Skiing Championships website, T-Shirts and bulletins.

Besides the 44 athletes, their support crew, visiting families and officials that were housed, there was also visitors to this event who were local and interstate. These visitors were of various ages ranging from very young to the elderly and were generally further friends and family of the athletes. During the competition there would have been approximately 200 people at the water ski site each day.

The USD$10,000 naming rights from the Bolding Jim Grew Barbara Fund and the $10,000 that the Lake Macquarie Council sponsored Disabled Water Ski Australia to hold this event was used for costs associated with running the event such as accommodation and catering for the officials, purchase of fuel for the tow boats, event medals and trophies, competition bibs, various ski equipment and the like.

Without this generous sponsorship, plus many others both in funds and in kind, this event would not have been as successful, or may not have been able to be held at all, and we sincerely thank you for your generous support in holding the 2017 World Disabled Water Skiing Championships.

Approximately 80 skiers with disabilities such as paraplegia, quadriplegia, arm or leg amputations and vision impairments from up to 18 countries will participate in this exciting tournament.

The Australian team was selected in early 2015 to allow for detailed planning and individual fund raising.  The skiers are elite athletes, some skiing close to the level of their able-bodied peers. These skiers put in many hours of intense training aiming at being the best in the world in their division. These skiers will compete in the same events as able-bodied skiers i.e. slalom, jump and trick.

Our first group meeting point was Sydney International Airport, where we flew direct to LA, followed by another relatively quick flight to Cincinnati. Noel, who then took over the team’s next port of transportation as driver to the hotel, needed only a quick reminder (from an on-coming semi-trailer) what lane he was meant to be driving in. I think I can speak for the team, when I say “our hearts almost jumped out of our bodies”.

We first stayed in the same hotel in Cincinnati as the American team, where we would also train together on a private lake for 3 days prior to the competition. Unfortunately on the second day it was discovered I had taken all the skin off my lower back. This left me bedridden for the remainder of the training period, in hope that it would heal well enough to allow me to compete. The remainder of the team was really happy with the training location and facilities.

We then moved to another hotel in West Chester where we met up with the other teams from around the world. All up there were 39 competitors. We were also joined by some really windy and stormy weather due to a hurricane moving up the east coast.

Before competition started there was another three days of familiarisation, where each competitor was grouped into their division, depending on their abilities. The competition was going to be hard as all 3 mp divisions had to compete against each other for the first time at the worlds.

Trick and slalom were held on the first day. Darryl made both finals, while Belinda made it into the slalom final. Day two showed the jump heats, with Darryl, Jamie & myself all making finals. Belinda performed great and brought home a bronze medal for slalom on day three. The trick finals were also held on this day.

Darryl had a great effort and broke his record in jump on the fourth day by one meter, reaching a new 26.3 metre mark. I jumped my personal best of 15.9 meters and placed 6th.

Jamie had serious complications with his elbow. The Victorian Institute of Sport Physiotherapists worked on it for months, culminating in injections directly into tendon. Jamie trained lightly at Bushy Browns Adventure Ski Park in QLD for a week prior to leaving. He injured his hand in off-site training with US team while practising for the jump event. His board was broken but repaired with help from Glen Sidman & also the Team USA. Jamie went on to break his own World Jump Record by 1.2m now 17.4m (adjusted score 5.8). (not 5.8m) Jamie won 4 medals in the Standing Division – Slalom: Silver, Tricks: Gold, Jump: Gold, Overall: Gold.

The closing ceremony dinner and presentation was also held on the evening of the fourth day. Darryl placed 2nd out of sit skiers division and placed 2nd overall. It was a great night with all the skiers celebrating a good event, having the opportunity to say goodbye and talking about preparations and regrouping in 2013 for the next Worlds in Italy.

I would personally like to say a big thank you to Noel for preparing and organising the Australian team – it wouldn’t have happened without him! Thanks also to Kevin & Glen as they were a massive help to all of us and a quick mention and thanks to Nick Purcell who also helped out in the boat.

“BRILLIANT” is how IWWF Disabled council described the worlds in Townsville.

Most competitors at the 2007 World Disabled Titles in Townsville commented that it was at the most beautiful site and it was the most organised event they have ever attended.

14 Countries and 52 competitors attended the event.

Australia for the first time ever in the history of disabled world titles, placed second on the podium in the teams point score. This is a huge achievement to finally get ahead of the United States who have long been the leaders in the sport.

The team was strong and made up by almost 50% Queenslander’s who attributed greatly to the team scores.

2 Gold medals in jump were won by Ian Denman and Darryl Hoyle, who also smashed the world record.

Scott Wintle also took out the Gold medal in the Trick event.

Queensland Water Ski and Wakeboard Federation ‘Congratulate’ all these skiers!

An interesting point on how competitive these worlds were is that of the 14 countries present, 13 of them gained medals.

The Australian team was well managed by Noel Dix who we all know as the CEO of AWWF and coached very professionally by Drew Miller.

The event would have been one of the largest in Australia for the 06-07 season with the total budget being over $300,000.

As we all know the opening ceremony was sponsored by QWWF, and went off brilliantly!

The ceremony comprised of the presentation of the teams and officials, a reading by an Australian poet, a native traditional welcome and a dance, a bush band and exhibitions of native wildlife by the Billabong Sanctuary, all in the Auditorium and beside the fantastic pool at the Riverside.

A huge thank you was given to QWWF for its contribution.

A video of the event is compiled by WIN TV in Townsville and is available commercially. 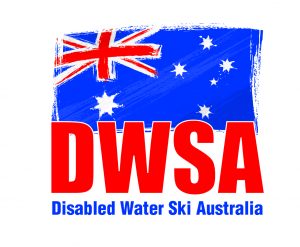